This oversized Harley Davidson stands on the Heemraadssingel a few minutes walk from my flat. It is a monument to Anna Blaman, a prominent Dutch writer who lived her whole life just down the street at De Vliegerstraat 50 where she was born in 1905 and died in 1960. The work was commissioned from artist Maria Roosen to commemorate the 50th anniversary of the writer’s death. 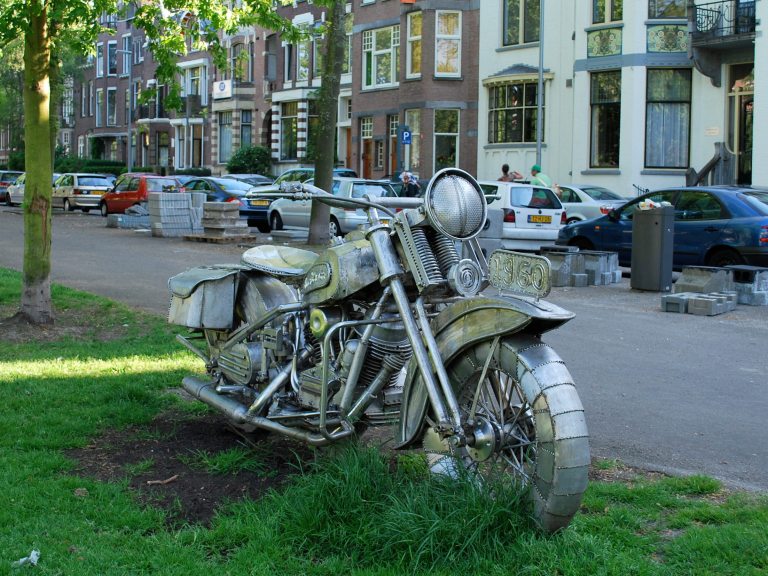 Anna Blaman is a pseudonym for Johanna Petronella Vugt and the story goes that Blaman is an acronym of “Ben liever als man” (I’d rather be a man). She was openly lesbian in a time when such things were not taken lightly. Her breakthrough as a writer came in 1941 with Vrouw en Vriend (A Woman and Friend) and in 1948, she published Eenzaam Avontuur (Solitary Adventure), the first Dutch novel describing lesbian love. The book was a bombshell. It was condemned in the press and by the church, even subjected to a show trial here in Rotterdam in 1949. But despite that hurtful experience, Anna Blaman went on to win literary prizes and publish other books before she died in 1960.

For the 2010 commemoration, Maria Roosen also painted a large portrait of Anna Blaman, which has been installed on the wall of a nondescript block of flats across the street from De Vliegerstraat 50. 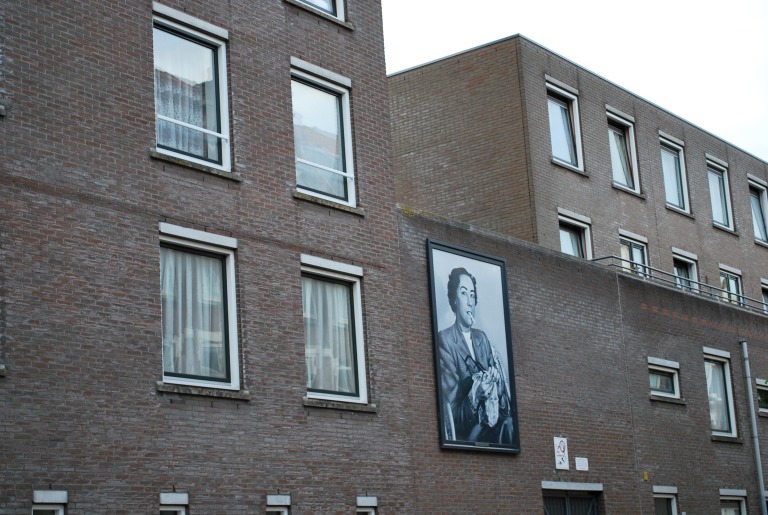 Finally, a snapshot of Anna Blaman with her motorcycle posted on the TZUM literaire weblog.